A lawyer’s letter of demand is the first step if you have a debt that is going unpaid. Usually, the cost of issuing such a letter will not be high, however if the debtor disregards the demand you will have to take further action as detailed below. Creditors can no longer seek that the debtor pay the cost of the demand letter. 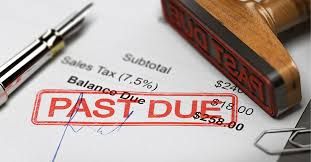 Winding up proceedings where the debtor is a Company

If you are an individual or a business and you have monies of $2000 or more owed to you by a company, one of the most effective ways of recovering (provided there is no dispute as to the existence of the debt) is by bringing winding up proceedings based on an unsatisfied Statutory Demand for payment of debt.

To do this, a creditor would instruct their lawyer to issue a Statutory Demand on the registered office of the company which owes the debt. The company then has 21 days to make payment, failing which the creditor may bring an application in the Federal Court for winding up based on the company’s failure to comply with a Statutory Demand. Unless the debtor company is genuinely insolvent or there is a genuine dispute as to the existence of the debt, this action will usually result in payment, since the alternative for the debtor company is that they are wound up and cease to exist. In other words, because it is an action which has teeth, it gets results. For that reason, where possible we recommend that creditors use winding up proceedings via the Federal Court, rather than seeking recovery through another Court such as the Magistrates’ Court. The process is highly technical and requires much precision from a legal practitioner, but in our experience it produces the best results most quickly.

Bankruptcy proceedings where the debtor is an individual

In the event a debtor owes you $5000 or more in a personal capacity, you can bring Bankruptcy proceedings against them in the Federal Court and Federal Circuit Court. This is a highly technical process, but can be very effective if a debtor wishes to avoid the many consequences of bankruptcy. As in a winding-up application against a company, the Bankruptcy process commences with service of a Creditor’s Petition. A debtor’s failure to comply with the Creditor’s petition provides grounds for the creditor to apply to the Federal Court for the debtor to be made bankrupt. The debtors’ assets are then put under the control of a trustee in bankruptcy, who will sell them in order to pay back creditors in order of priority. 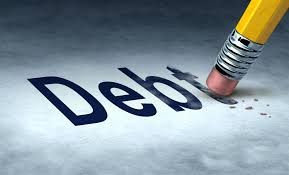 For debts of up to $100,000, creditors can take action for enforcement of debt through the Magistrates’ Court. For debts in excess of $100,000, these options are available through the County Court or Supreme Court.

There are five civil enforcement actions that can be applied for:

– Summons for oral examination – this process is used to compel a debtor to attend at the Magistrates’ Court to fill out a form under oath as to their assets and liabilities. While creditors can be arrested for failure to comply with a Summons for oral examination, we don’t find this method to be terribly effective and would recommend instead that a land title search be conducted to ascertain whether a debtor owns property as the first means of determining capacity to satisfy a debt.

– Warrant to seize property – this allows the sheriff to seize items from the debtor to sell and cover the debt owing. If the sheriff is successful at seizing property, the property will be sold at public auction and the proceeds forwarded to the creditor up to the value of the debt owing. This method is only effective as against a motor vehicle where that vehicle is not under finance and the sheriff cannot seize basic household items required for day to day life.

– Attachment of debt – a creditor can seek an order that allows a creditor to recover money from a third party that owes the debtor money. The third-party is called a garnishee. Money may then be recovered from anyone that owes the debtor money to pay off the creditor. For example, a builder may be the debtor, but they may be unable to pay a creditor because they are owed money by a third-party developer. In that case, the creditor could seek to recover the monies from the third party developer by way of a garnishee order.

– Attachment of earnings order – this is an order that allows a creditor to obtain an order that their debt be repaid by an employer out of the debtor’s regular salary. While effective, in the event the debtor changes employers, the creditor has to go through the process all over again to reinstate the order against the new employer.

– Instalment order – instalment orders can be obtained against a debtor, provided they are not reliant on Centrelink for their only income. They require the debtor to make regular repayments to the creditor until the judgment debt is paid off. 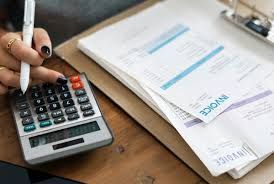 Your lawyer can help you decide which method of debt recovery will be most effective for your circumstances. Costs usually follow the event, so if you are successful against a debtor and they have funds to recover, you can expect to recover about 60% of your legal costs, because the Court will award costs to the successful party as per the court scale, which is usually lower than your actual legal costs.

Should you have any queries in regard to debt recovery, please contact James Matthies at Matthies Lawyers to gain a clear understanding of your options or call +61 3 8692 2517 today.