The use of social media as evidence in family law matters has increased exponentially given the general public now posts a lot of their lives to social media. In parenting or spousal maintenance orders, there is often a lot of reliance on what the other person did or did not say, and digital evidence such as comments, videos, photos, and updates are sometimes produced as evidence. 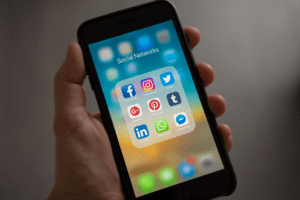 What can be used as evidence?

Evidence is any material that can be brought before the court to prove a matter. Affidavits are generally used in family law matters as evidence, however according to section 2B of the Acts Interpretation Act 1901, a “document” is defined as any record of information including anything on which there is writing and anything from which sounds, images or writings can be reproduced with or without the aid of anything else. Therefore, social media comments and posts fall under this category.

Social media posts that have been held to be relevant as evidence by a Court include content that refers to the Court proceedings, the other party or even the Court itself; private messages from a party containing threats, abuse or derogatory comments; and photographs displaying a parties’ behaviour, such as excessive drinking, drug use or other non-social behaviour. These can be used as character evidence against you and may impact other people’s views on your capability to care for your children. A further common example that may go against you if seeking spousal maintenance orders or property orders are any photographs or comments that depict you living lavishly when you are claiming you are in a financially precarious position, such as photographs of a lavish holiday or photographs showing someone drinking champagne on their new boat with their new partner while the children are on board and not wearing life jackets. 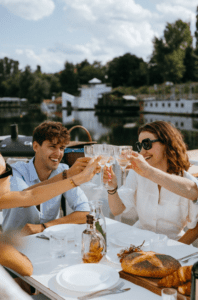 Family law legislation in Australia takes a relaxed approach to the strict rules of evidence that must be followed in other court proceedings. For example, social media evidence that goes to the welfare of a child that would otherwise be barred by the “hearsay” rule will generally be permitted unless the authenticity is contested.

However, whether the evidence is given much weight will be up to the discretion of the judge. In a recent study published in the Family Law Review, research shows that social media was accepted in approximately 82% of Australian family law cases. However, only 36% of the accepted content was attributed any significant weight by the presiding judge.

Section 121 of the Family Law Act makes it an offence to publish any information or images related to a party or child involved in family law proceedings. This includes posting anything to do with a person in a family law dispute such as their name, address, physical description, employment, interests or beliefs and property the person owns.

For example, in the case of Lackey & Mae[1], the father involved in a family law matter posted many disparaging Facebook posts about the mother of the children, the lawyer, police and the Magistrate, and was found guilty of breaching section 121 of the Family Law Act.

Some Tips for those involved in Family Law matters

If you are currently involved in family law matters, try to:

Should you have any queries in regard to family law matters,  please contact Matthies Lawyers for an obligation free consultation or call +61 3 8692 2517 today.