What Happens to Your Inheritance When You Separate

Are inheritances a marital asset required to be shared with your spouse post-separation?

Many people are unsure how an inheritance will be treated if they separate from their marital partner. Recently a client asked me whether a potential future inheritance would have any effect on the amount they could expect to receive by way of a property settlement following their separation. In this case the client had wealthy parents and was concerned that her husband would use that fact to argue that she should receive less from the marital asset pool. The answer at law is that a potential inheritance has no weight when it comes to dividing marital assets, because such an inheritance has not happened at the time of separation, and indeed her parents might change their Will prior to their death cutting her out of any benefit. 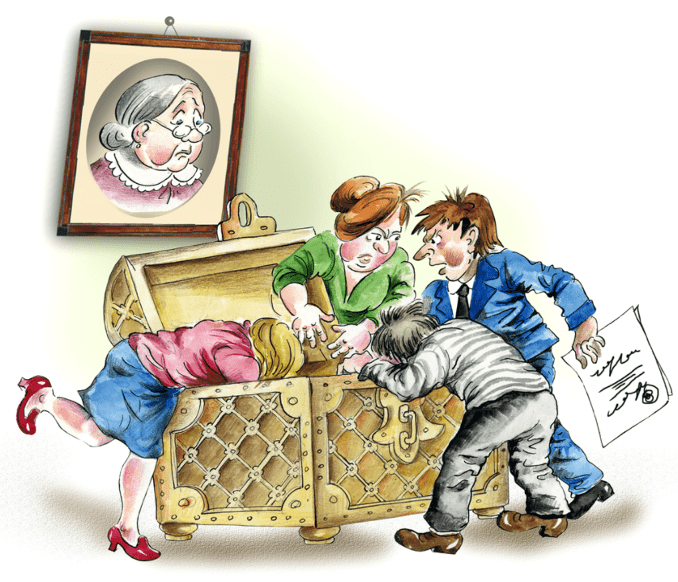 The case of Holland & Holland shows that any property owned by a party to a breakdown of a relationship, either legally or equitably, will be included in the asset pool. The question then is what contribution  the other party may have made to that asset. The Court can consider a ‘global’ approach, which amounts to all the assets being pooled, and then divided in accordance with the principles set out in sections 79(4) and 75(2) of the Family Law Act. The alternate approach is an ‘assets by asset’ assessment, which involves each individual asset being divided between the parties in accordance with their respective contribution to that asset. The Court has wide ranging discretion as to which approach to take.

The result is that while an inherited asset may be included in the asset pool, it remains open to the Court to find that the other party made no contribution to it. If the division of the asset is approached on an ‘asset by asset’ basis, despite its inclusion in the asset pool, the ex-partner would receive no entitlement to that property. The issue can be clouded where a party has during the relationship contributed to the upkeep of the inherited property which is later inherited, or by reason of intermingling of finances between the parties and their parents.  Given the various factors at play, it is vital to seek expert legal advice in regard to your particular circumstances.

The 2017 Family Court of Appeal case of Calvin v McTier demonstrated a similar approach taken by the Court whereby an inheritance received by the husband post-separation was taken into account as an asset of the marriage to be divided between the parties. This case again demonstrated that until you have obtained Court orders by consent or otherwise or entered into a binding financial agreement, any windfall you receive is at risk of division with your former spouse.

Ultimately you would be better off if you did not become entitled to an inheritance or windfall until after your separation is finalised, which will come down to luck in some cases. The only way to prevent an inheritance becoming part of the assets of the marriage eligible for division is if the party making the bequest has set up a trust such that the beneficiary has benefit from but not the control over the assets. In that case the inheritance would be assessed as a financial resource rather than an actual asset to be divided, however it is still possible for an adjustment to be made in favour of the party who does not have access to such a financial resource.

If you anticipate that you may in future receive an inheritance or some other windfall and you are contemplating a separation,  you should not delay in finalising your financial settlement as to do so may mean that you have to share your inheritance with your former spouse.

Should you have any queries in regard to the division of your assets post-separation, please contact Matthies Lawyers for an obligation free consultation or call +61 3 8692 2517 today.