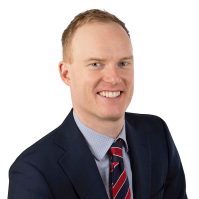 James is the founder of Matthies Lawyers. He is an Australian qualified Lawyer, with a passion for helping individuals and business owners resolve their personal family and business disputes and plan for the future. He has been acting for clients in Melbourne, Australia since 2006, and was admitted to practice in the Supreme Court of Victoria and the High Court of Australia after completing his articled clerkship and gaining a Bachelor of Laws and Bachelor of Arts at Monash University.

James believes it is important to get to know a client well at the beginning of their matter, to gain a clear understanding of the client’s desired outcomes and the situation that has led them to seek legal assistance, so that a plan of action can be formulated in conjunction with the client. James established Matthies Lawyers to offer a quality service at a reasonable cost, and believes that the boutique nature of the firm allows for the ultimate bespoke client experience. James is a skilled negotiator and a formidable opponent in litigation.

Acted for the successful Applicant to the Court of Appeal to achieve a permanent stay on a personal injury and damages claim for alleged sexual assault on the grounds that it would be plainly unjust if the claim were allowed to proceed on the basis of the evidence before the Court.

We will endeavour to respond to your enquiry within 24 hours. Appointments are currently being taken online.